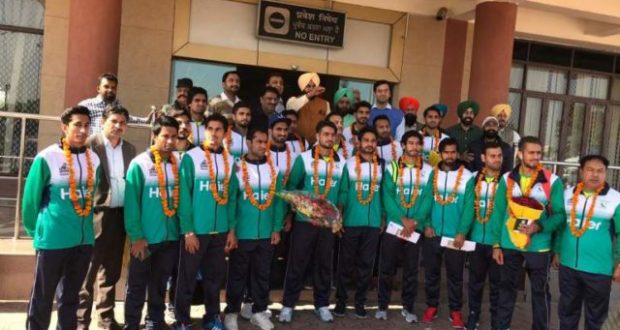 in Sports November 25, 2018 Comments Off on Pakistan hockey team arrived at Bhubaneswar 616 Views

Bhubaneswar:25/11/18: The Pakistan hockey team arrived here today for the upcoming Odisha Men’s Hockey World Cup 2018 to be held at Kalinga Stadium from November 28 to December 16. The Pakistan skipper has termed the venue is “lucky” for them.

The team after its arrival at the Biju Patnaik International Airport (BPIA) this evening was escorted to a hotel here amid tight security cover by police.

“We have come here before and we have always enjoyed playing at this venue. It is a lucky ground for us and we are very excited to be back,” said skipper Muhammad Rizwan Senior at the airport.

Pakistan – who are ranked 13th on FIH rankings are placed on Poll D alongside Netherlands, Germany, and Malaysia – will kick off their campaign on December 1 against Germany.

2018-11-25
Editor in chief
Previous: Winter Session of 15th Odisha Legislative Assembly ended 18-day before the scheduled closure
Next: Odisha Education Service Association has decided to call off the strike