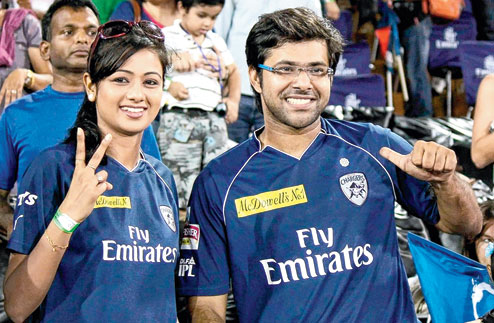 Bhubaneswar24/11/18:: Not only Bollywood biggies, our own Ollywood superhit jodi Sabyasachi- Archita will add glitters to the star-studded grand opening ceremony of Odisha Hockey Men’s World Cup at Kalinga Stadium here on November 27.

According to sources, they will teach dance steps to the audience before the entry of music maestro A R Rahman.  When he performs, the audience will dance to the rhythm of the music.

Sabyasachi and Archita will scorch the stage with their moves in black and white attire for almost 40 minutes during the two-and-a-half-an-hour inaugural event, which will comprise of five themes.

A total of 800 artistes will perform, showcasing cultures of 15 countries including Odisha, on the occasion.

Noted danseuse Aruna Mohanty and her troupe will present a dance drama based on the preparations of Hockey World Cup in Odisha.

Besides Rahman and Shah Rukh Khan, Bollywood’s ‘Dhak Dhak’ girl Madhuri Dixit Nene is all set to add oomph and charm to the opening ceremony.

2018-11-24
Editor in chief
Previous: Airport Authority of India has cancelled the license of the Air Odisha carrier for its irregular flight services.
Next: Government of India to observe the remembrance of 100 years of the historical Jallianwalla Bagh massacre on 13th April, 2019