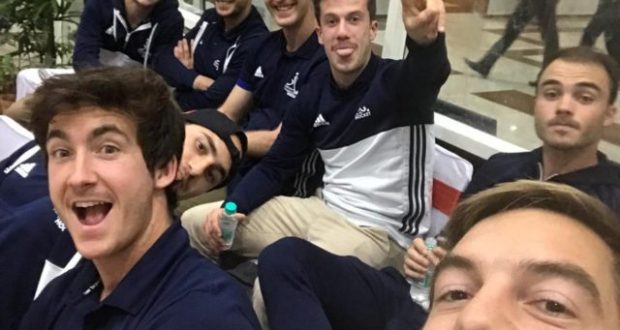 Bhubaneswar:22/11/18: With just six days to go to begin the Odisha Hockey Men’s World Cup 2018, the French team arrived here today for the international sports event to win the title.

The players were welcomed at the Biju Patnaik International Airport (BPIA) from where they advanced towards the Hotel Mayfair in the host city.

The French team, which is in Pool A, will have a clash with the team New Zealand at 7.00 pm at the Kalinga Stadium on Nov 29.