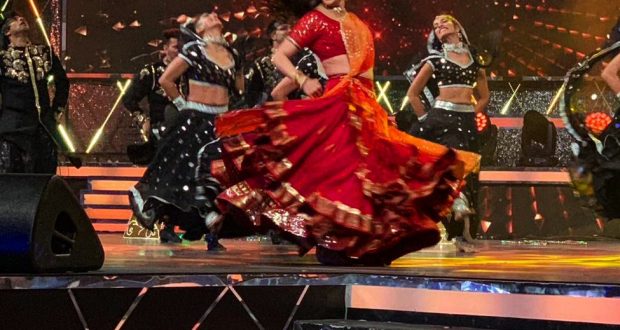 in Entertainment November 21, 2018 Comments Off on Actress Madhuri Dixit Nene will perform at the opening ceremony of the Odisha Hockey Men’s World Cup 755 Views

The Opening Ceremony will highlight the message of oneness and a united world. To showcase it the ceremony will feature a first-of-its-kind theatrical production and dance ballet titled “The Earth Song”.

Created, written and directed by Nupur Mahajan, the production will feature Madhuri Dixit as the central character, Mother Earth, joined by 1100 artists all of whom tell the story of humanity and a united world, a statement said.

The Earth Song unfolds over five acts and is a 40-minute performance with Shiamak Davar choreographing and Ranjit Barot having created the original music score.

Adding to the grandeur of the show will be over 1100 live performers who will converge from across the globe to tell the story of “One World” and the innate oneness of humankind. Exemplifying the oneness that the Opening Ceremony talks about 800 youth from Odisha, who are first-time dancers, are being trained to participate and be an intrinsic part of The Earth Song.

2018-11-21
Editor in chief
Previous: Argentina Hockey Team arrived in the city for upcoming Odisha Men’s Hockey World Cup
Next: Union Petroleum and Natural Gas Minister came down heavily on the Odisha government for not allotting land in Khurda to set up a memorial on the historic Paika rebellion.