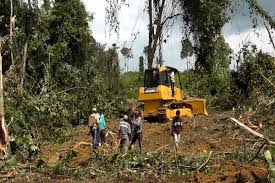 in District Diary November 19, 2018 Comments Off on Naveen Patnaik ordered cancellation of setting up of a proposed beer factory in Jhinkargadi forest 544 Views

Bhubaneswar16/11/18: Chief Minister Naveen Patnaik on Monday ordered cancellation of setting up of a proposed beer factory in Jhinkargadi forest of Balarampur village in Dhenkanal district.

The decision was made after receiving the report of the Revenue Divisional Commissioner (RDC), Patnaik informed media persons today.

yesterday, the Odisha CM had stopped felling of trees in the area and directed the concerned RDC to probe into the incident.

The announcement of cancelling the brewery unit at the site comes as a big relief to the locals, who have been opposing the proposed project, for which the district administration felled nearly 500 sal trees.

About 12 acres of the land was allotted for the brewery unit, to be built at an estimated cost of Rs 102 crore. Out of the 12 acres of land, five acres has a forest of sal trees.