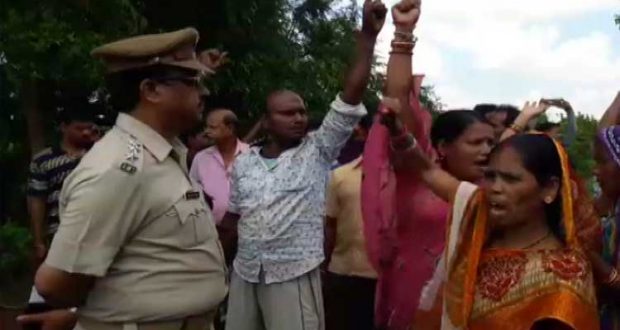 As per the notification issued by the Office of the Chief Minister (CMO), the Central Range Revenue Divisional Commissioner (RDC) has also been asked to look into the matter.

The direction assumes significance owing to the agitation by local villagers who are opposing cutting down of trees as part of the land acquisition by district administration for the proposed beer factory.

Apart from revenue land, IDCO has allocated land for the proposed beer factory which is being set up by P Bottlers Private Limited. Chief Minister Naveen Patnaik had laid the foundation stone for the project via video-conferencing on November 3.

Tension had prevailed at Balarampur yesterday after police tried to forcibly evict villagers mostly women who were also seen guarding the trees by wrapping their arms around the trees.

Social activist Prafulla Samatra had also opposed the move of the Odisha government to cut down trees for the beer factory.

2018-11-18
Editor in chief
Previous: Prime Minister accepted the voluntary retirement plea of Aparajita Sarangi
Next: Bengali actress Elsha taken u-turn on the issue as she had complained against director