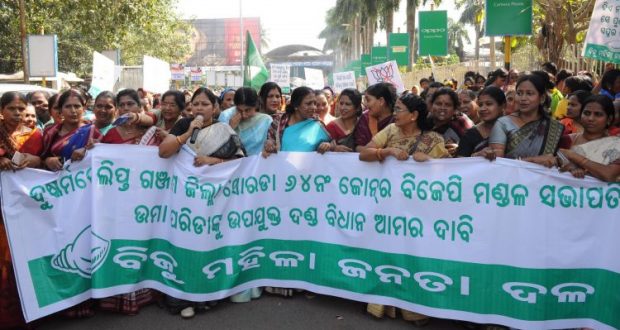 The activists led by BJD Women’s’ Wing president Minati Behera demonstrated near the Master Canteen Square and demanded stringent punishment for the accused.

The BJP leader was arrested following accusations of raping a woman of the area. He has also been charged for allegedly threatening to kill the victim.

2018-11-17
Editor in chief
Previous: Rightwing Hindu outfits have called for a dawn to dusk hartalin protest against arrest of a senior Sangh Parivar leader
Next: Odisha Chief Minister unveiled the logo of Buxi Jagabandhu Assured Drinking Water to all Habitations (BASUDHA)