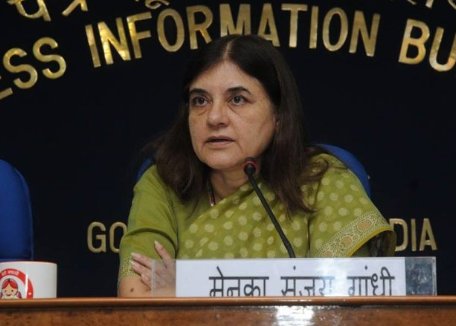 NEWDELHI16/11/18::The Empowered Committee of Officers under Nirbhaya Fund, under the Chairmanship of Secretary, Women and Child Development Ministry has today approved the following three major proposals:

Department of Justice, Ministry of Law and Justice proposal to set up 1023 Fast Track Special Courts (FTSCs) to dispose off pending cases of rape, and POCSO Act across the country. The project has a total financial implication of Rs. 767.25 crores. In the First phase, 777 FTSCs may be set up in 9 states and in second phase 246 FTSCs will be set up.

The Proposal of Ministry of Home Affairs for procurement of forensic kits for sexual assault cases to kick start usage of such kits in States/UTs through TOTs (Training of Trainers), capacity building/training for forensics in sexual assault cases and strengthening of State FSLs under Nirbhaya Fund with a total  financial implication of Rs. 107.19  crores was also approved today.

The Proposal from Konkan Railway Corporation Limited for setting up video surveillance system at 50 Railway Stations with a total Project cost of Rs 17.64 crores that will be utilised for surveillance hardware and accessories, local connectivity equipment and power supply devices also stands approved.

Also, in-principle approval was given to the proposal, from Ministry of Road Transport and highways, of C-DAC for customisation, deployment and management of state wise vehicle tracking platform for safety and enforcement with AIS 140 specification.