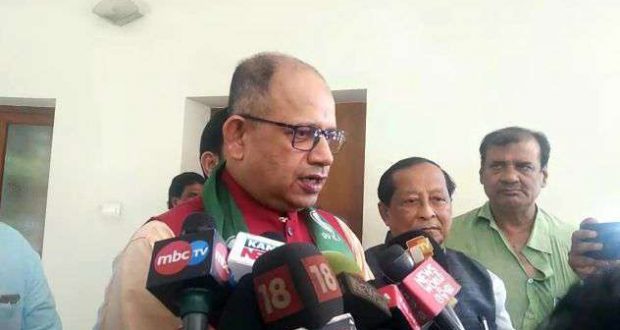 With the ruling dispensation looking to increase its social media presence before the forthcoming elections, Patnaik was earlier assigned to head the information technology (IT) cell when he had joined the regional party on August 29 this year.

“Amar Patnaik has a very rich experience on working in many states. His joining the BJD will certainly strengthen the party. I welcome him. He will be the head of the IT wing in the BJD,” the BJD supremo had said while welcoming him into the party fold.

The other members of the wing are Amresh Pati, Ranapratap Patra, Sasmit Patra, Shreemayee Mishra, Solochana Das and Prasenjeet Pati.

2018-11-16
Editor in chief
Previous: Ekamra Plazas getting ready to come out tas a major attraction for the city dwellers and visitors to the hisoric city
Next: Transfer of Kashmir’s ‘Singham’ Traffic Cop Creates Ruckus in the Valley