Top Headlines
Home » Odia Cinema » ‘Naga-Naguni fight each other during the audio release of an Odia movie‘Tu Mo Suna Chadhei’. 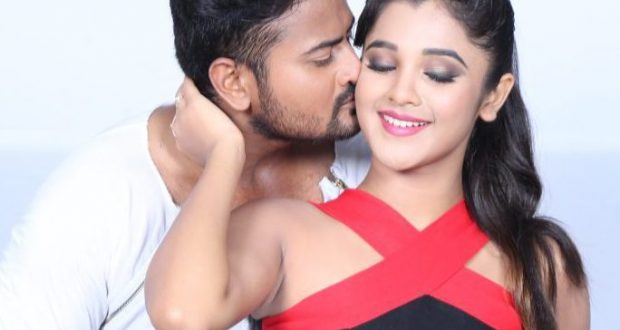 ‘Naga-Naguni fight each other during the audio release of an Odia movie‘Tu Mo Suna Chadhei’.

in Odia Cinema November 15, 2018 Comments Off on ‘Naga-Naguni fight each other during the audio release of an Odia movie‘Tu Mo Suna Chadhei’. 1,764 Views

Bhubaneswar:15/11/18: Tension erupted at a hotel in Bhubaneswar during the audio release of an Odia movie last night after the actress of the movie levelled mental harassment allegations against the director of the film.

According to sources, an argument ensued between the actress and the director during the audio release event of an upcoming Odia flick ‘Tu Mo Suna Chadhei’.

According to sources, an argument ensued between the actress and the director during the audio release event of an upcoming Odia flick ‘Tu Mo Suna Chadhei’.

The verbal duel turned violent when Panda tried to snatch away Elsha’s microphone while she was addressing the media about her allegations. Elsha along with her father was seen screaming at the director of the film. “Don’t touch my daughter”, said Elsa’s father as Panda tried to snatch away the microphone from the actress’ hand during the audio release. Meanwhile, Elsha can be seen shouting, “How dare he touch me?” 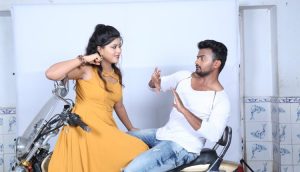 Elsha also alleged that Panda has intentionally deleted some of her scenes from the movie and harassed her mentally.

She claimed that Panda not only harassed her mentally but also verbally abused her on the set of the movie. Elsha further added that the director misbehaved with her parents.

On the other hand, the Director has refuted the allegations terming it as ‘false and fabricated’.To day few directors from odia director sangha organised Press meet and decided not to give   opportunity any actress from out side of the state.

As per the film unit ‘Tu Mo…’ dwells upon a triangular teenage love story. However, audience will also witness the ‘Naga-Naguni’ essence in the film. Three out of the seven songs of the film have been shot out of Odisha.

Made under NB Entertainment, the film is produced by Nitin Panda, Bhupesh Panda, S Dileep Panda and Sitanshu Mohanty. Music of the film has been scored by Baidyanath Das while Dr Rajani Ranjan has written the dialogues. Prem-Gopi has choreographed the songs while action is by Judo Ramu, while story and screenplay have been penned by Dilip Panda.

Guguna and Anutosh are the child artists in the movie

2018-11-15
Editor in chief
Previous: Sabyasachi and Elina will come together in their upcoming Odia movie Mal Mahu Jiban Mati: Bhagya Ra No Guarantee
Next: Odisha Chief Minister has flagged off a special train from Titilagarh to Haridwar and Rishikesh