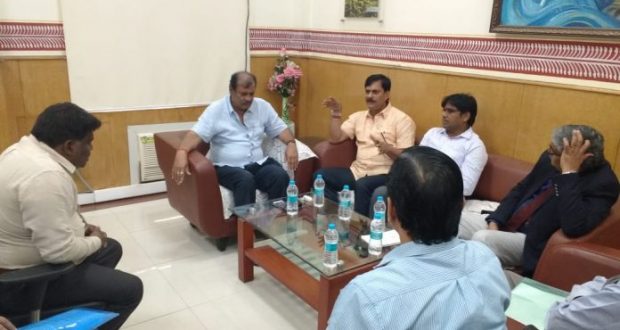 in State News November 14, 2018 Comments Off on Tourism and Culture Minister urges to ASI Replaced the old and damaged stone carvings with new stone carvings 540 Views

Bhubaneswar:14/11/18: Amid controversy over old stone carving be replaced with plain stones in the Sun temple at Konark, the Tourism and Culture Minister Ashok Panda on Tuesday said that the state government would soon write to the director general, Archaeological Survey of India (ASI), in this regard.

Talking to mediapersons after presiding over a high-level meeting at the State Secretary here, he said the state government will form an expert committee after receiving the action taken report (ATR) from the ASI.

“The ASI authorities can replace the damaged stones within the rules. We would request the ASI, which had currently taken up the preservation of the Humayun Tomb at Nizamuddin in New Delhi and replaced the old and damaged stone carvings with new stone carvings, to do the same at the Sun temple in Odisha,” Panda said.

The ASI had been told to convene a steering committee meeting soon for the preservation and conservation of the Sun temple, he said.

Stating that the ASI had two steering committee meetings way back in 1997 and 2010, the minister said that the state government had asked the ASI to submit details of the meetings along with a report on the action it had taken towards the conservation of the temple since then.

On the other hand, the ASI superintendent Arun Mallick maintained that not a single stone in the Sun temple has been replaced. “The ASI has filled up the blank spaces in the temple with plain stones,” he added.

2018-11-14
Editor in chief
Previous: Investment proposals worth Rs 4.19 lakh crore was received in the second edition of Make in Odisha Conclave
Next: AJAB SANJU RA GAJAB LOVE will hit the theatre during New year