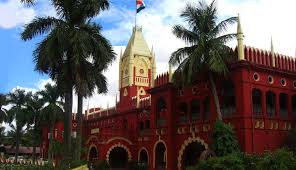 in State News November 14, 2018 Comments Off on Orissa High Court Bar Association called off stir putting an end to the two and a half months long police-lawyer spat 545 Views

Cuttack:14/11/18: The Orissa High Court Bar Association on Wednesday called off stir putting an end to the two and a half months long police-lawyer spat. With this, Courts will start functioning from tomorrow, informed president of the association Srikant Nayak.

The ongoing controversy between lawyers of the Orissa High Court and the police found a silver lining after three police personnel accused in the alleged assault on a lawyer sought an unconditional apology before the HC today.

According to sources, two police constables BK Samal, UK Bhuyan and Havildar PK Behera sought ‘unconditional apology’ before the Orissa HC in connection with their alleged assault on lawyer Debi Prasanna Pattnaik at Shastrinagar in Nuabazar area of Cuttack on August 28.

2018-11-14
Editor in chief
Previous: Tractors and Farm Equipment Limited launched its CSR initiative ‘JFarm Services’
Next: Winter session of the Odisha Assembly is scheduled to begin from November 16