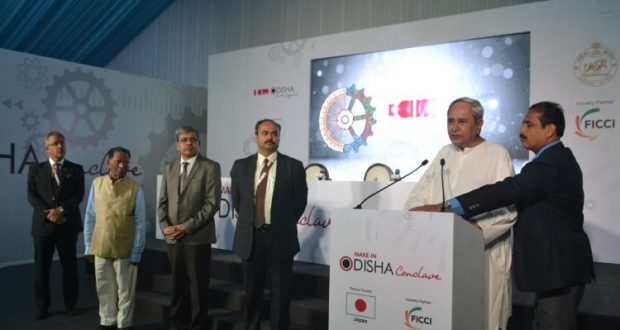 Investment proposals worth Rs 4.19 lakh crore was received in the second edition of Make in Odisha Conclave

in State News November 14, 2018 Comments Off on Investment proposals worth Rs 4.19 lakh crore was received in the second edition of Make in Odisha Conclave 471 Views

Bhubaneswar:14/11/18: Chief Minister Naveen Patnaik   on Tuesday   said  that investment proposals worth Rs 4.19 lakh crore was received in the second edition of Make in Odisha Conclave 2018 held in Bhubaneswar.

Patnaik also announced that the next edition of the ‘Make in Odisha Conclave’ will be held from November 30 to December 4 in 2020.

While addressing the valedictory session of conclave this evening, Patnaik said, “The 2nd edition of MIO Conclave 2018 has been a defining moment in the history of industrialisation of Odisha. I would like to thank the industry for joining us and reposing their trust in the State and her people. I am confident that the policy ecosystem and the investment opportunities showcased in the Conclave, and the deliberations held at the various sessions would help the State emerge as the most preferred investment destinations in the country.”

The Conclave saw tremendous response with 5,074 industry captains and delegates from India and abroad participating in the event. 31,806 people have already visited the largest-ever industrial expo set up by the State. Japan is the Partner Country for the Conclave.

The Conclave will further the vision of the state to broad base the industrial growth with a slew of investment proposals in sectors such as Chemicals and Fertilizers, Petrochemicals, Food Processing, Healthcare, Tourism, Renewable Energy and Electronics which will create new employment opportunities for the skilled youth of the state.

The theme of the Conclave was ‘I am Odisha’ with an intention to convey the achievements and successes of the State and her people to the global community. The top three stories received under the campaign were given ‘Pride of Odisha’ awards at the hands of the Chief Minister during the valedictory session.