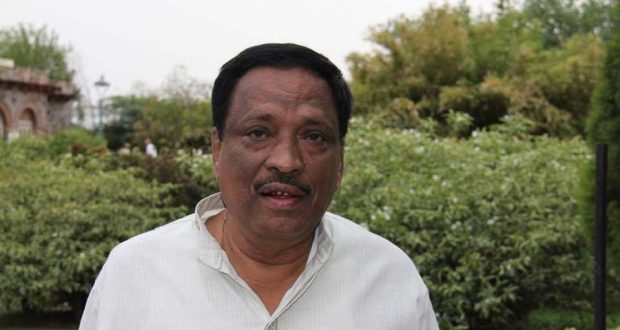 Cuttack:13/11/18 :Veteran Odia singer Chitta Jena breathed his last at a private hospital here in the early morning on Tuesday. He was 76..

Family sources said that Jena had undergone a open heart surgery at the All India Institute of Medical Sciences (AIIMS) in New Delhi in 2016. But as his health condition had deteriorated, he was admitted to a private hospital three weeks ago.

The mortal remains of Jena were brought to his residence at Ranihaat where several Ollywood artists including Mihir and eminent personalities rushed to have a glimpse of the departed soul. 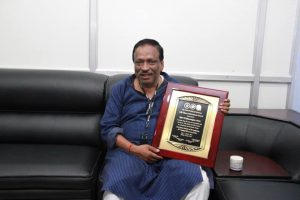 Born in 1941, Jena had first lent his voice in 1974 for the movie ‘Mana Akasha’ in which he sung ‘Ae bana jharana nachi nachi jaana…

Jena had become a household name across the state with his mesmerizing voice in the songs ‘Mo priya tharu kie adhika sundara’, ‘Rupa hoithiba labanyabati’, ‘Puja kahin puja’, ‘Ae bana jharana’, ‘Najare naja gori bali jatara dekhi’, ‘Manika alo manika’‘Ki Sundara Aaha Ki Aananda Maya’. Apart from this, some of his other songs like ‘E parabata kunchi kunchi ka’, ‘Rupa heithiba labanyabati’ and ‘Topae luha’ are still afresh in the hearts of the million of Odias. among others.“It is hard to believe that he is no more with us. It is a colossal loss for the entire Ollywood industry. He was an extraordinary singer who had no guru,” said eminent singer and music director Prafulla Kar.Home vidieo proprietorand actor Bapu Lenka said he was a gem in odia Music world.It is worthy to note that Chitta jena is father in law  of  Ollywood actor Mihir Das.The last rites of the veteran singer will be decided later in the day, family sources said

2018-11-13
Editor in chief
Previous: Odisha in furtherance of strengthening its sporting prowess and capability across the country
Next: Odisha Chief Minister skipped his keynote address and preferred to be volleyed queries from the Industry Captains