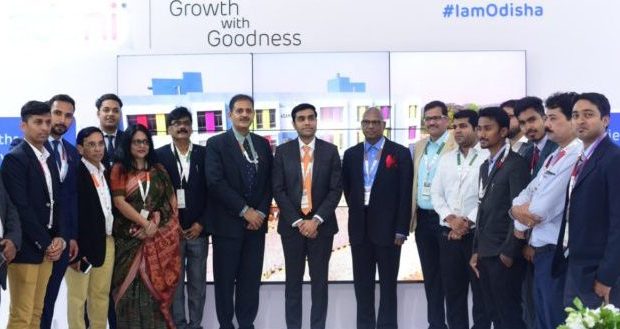 in Business November 13, 2018 Comments Off on Odisha government signed MOU with Adani Group for the establishment of an airstrip near Dhamra port 496 Views

Bhubaneswar:13/11/18: The Odisha government yesterday signed a Memorandum of Understanding (MoU) with Adani Group for the establishment of an airstrip near Dhamra port in Bhadrak district.

The agreement was signed at the conclusion of a sectoral session on ‘Logistics & Infrastructures’ organised by the State Commerce and Transport Department in the Subarnarekha hall of MIO 2018 venue from 3 pm to 5 pm.

The MoU envisages construction of an Airport facility for passenger and cargo by DPCL for which Odisha Government will provide about 500 acres of land. This project will cost approximately Rs 500 crore and would be the first air terminal in North Odisha.

The proposed airstrip would serve to not only DPCL but also boost tourism as well as boost industrial activities for proposed Industrial Park.

2018-11-13
Editor in chief
Previous: Odisha Chief Minister skipped his keynote address and preferred to be volleyed queries from the Industry Captains
Next: Jindal Steel and Power Ltd would increase its investment in Odisha from Rs 45,000 crore to Rs 1 lakh crore by 2030