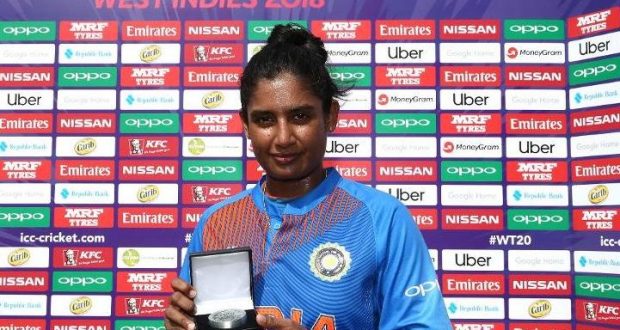 While Mithali Raj scored 56 runs off 47 balls that was adorned by seven boundaries, the bowlers were able to restrict Pakistan to 134/7.

India began their chase on the unusual scoreline of 10/0 after Pakistan were twice docked five penalty runs for their batters running on the pitch. The ICC’s playing conditions calls for a first and final warning from the umpires for encroaching the protected area of the track before the team is penalized five runs for the next offense.

Half-centurions Nida Dar and Bismah Maroof were initially warned by the umpires after the 13th over for running on the danger area. On the first ball of the 18th over, Pakistan was penalized for the first time, before being hit with another five-run penalty on the last ball of the innings.

Mithali capitalized on the advantage and the veteran-dominated proceedings along with her opening partner Smriti Mandhana. She played the opposition bowlers with absolute ease and although India lost a couple of wickets, she kept her calm and was able to guide her team to the victory with skipper Harmanpreet Kaur playing a quick-fire knock at the end.

2018-11-12
Editor in chief
Previous: Odisha Chief Minister invited delegates from across the globe to discover the enormous business and growth opportunities
Next: Heritage walkers were spellbound with the beautiful performance of Odissi dance by the disciples of eminent Odissi dancer Ileana Citaristi