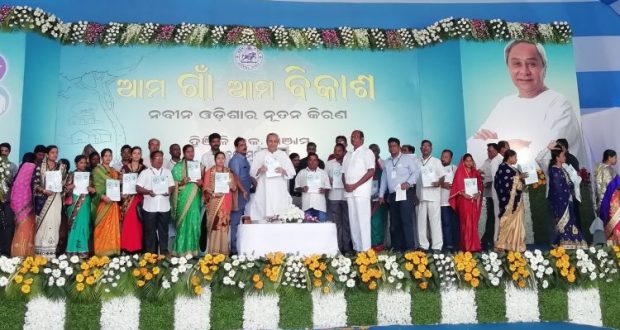 The Chief Minister landed at the temporary helipad at 11 am near the Veterinary Office Ground in front of Block Office of Sheragada under his home constituency.

Patnaik, at first, paid floral tribute to Biju Patnaik at Biju Patnaik Chhak there. Then he inaugurated the new ITI set up in Sheragada with an estimated cost of Rs 8 crores.

Later, the Odisha CM distributed assets and benefits to the beneficiaries under various developmental schemes on the dais of ‘Ama Gaon Ama Bikash’ at Sheragada.

2018-11-11
Editor in chief
Previous: More than 100 students and their teachers and 15 regular walkers at the Heritage Walks
Next: Chairperson of State Commission for Women Lopamudra Baxipatra resigned