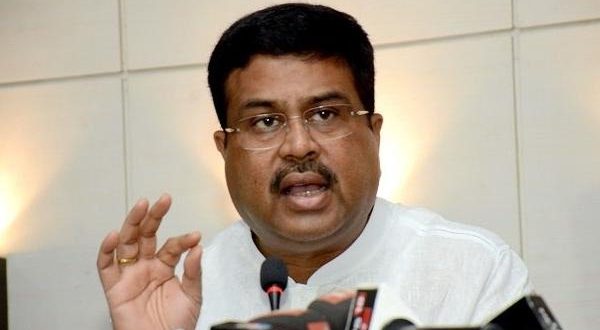 BJP will attain power in Madhya Pradesh for the fourth time:Dharmendra Pradhan

in Politics November 10, 2018 Comments Off on BJP will attain power in Madhya Pradesh for the fourth time:Dharmendra Pradhan 687 Views

Satna :10/11/18: Union Minister and Madhya Pradesh BJP election in-charge Dharmendra Pradhan on Friday said that the party will win the upcoming assembly elections in the state with full majority.

“The BJP will attain power in the state for the fourth time. For the last 15 years, people of Chhattisgarh have kept any other political party out of the state. I am confident that the BJP will register victory in the upcoming elections in the state with full majority,” Pradhan said.

Madhya Pradesh is slated to go to polls on November 28. Counting of votes will be held on December 11.

The election in the state is seen as a direct political battle between the BJP and the Congress. While Madhya Pradesh Chief Minister Shivraj Singh Chouhan is attempting to secure a fourth consecutive term, the Congress will fight for regaining power in the state after 2003.

2018-11-10
Editor in chief
Previous: Popular documentary ‘Kotpad Weaving” will have be screened in Sydney, Australia, on November 16
Next: Massive fire broke out on the second floor of State Bank of India Bapuji Nagar branch