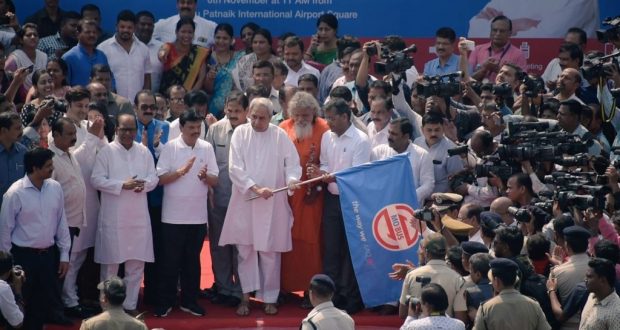 Bhubaneswar:6/11/18: Chief Minister Naveen Patnaik on Tuesday flagged off ‘Mo Bus’ service for the denizens of Cuttack, Bhubaneswar and Puri.

After inaugurating the service, under the aegis of Capital Region Urban Transport (CRUT), near Biju Patnaik International Airport , he took his maiden bus ride in Odisha capital to reach office, the State Assembly.Naveen paid the conductor Rs 8 for his ticket.The passengers were seen taking selfie with him and discussing various topics.Notably, no security personnel were present in the bus while the Chief Minister was on board.The Odisha government launched the City Bus Modernisation Project under the aegis of CRUT. 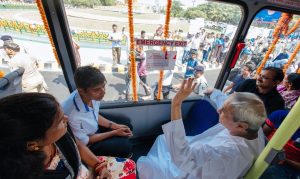 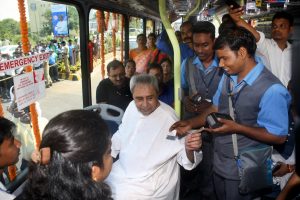 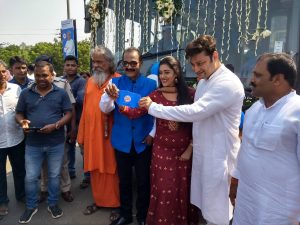 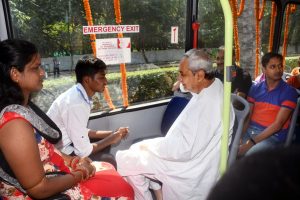 “The conductor of these buses will be called bus guides. As many as 50 per cent women will be recruited as bus guides. Special facilities will available for the senior citizens,” he added.The newly-launched buses are fitted with free Wi-Fi, CCTV surveillance, public information display system and on board announcements