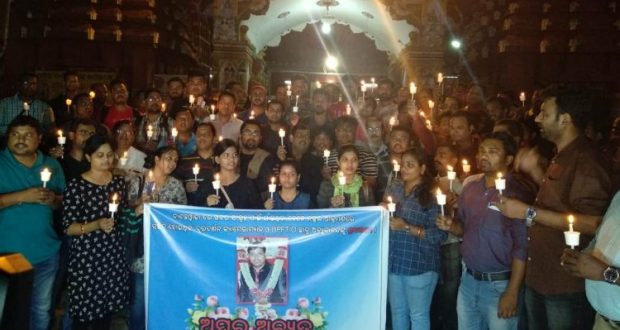 New Delhi:30/10/18: Information and Broadcasting Minister Rajyavardhan Singh Rathore on Tuesday announced financial assistance of Rs 15 lakh to the next of kin of the DD News cameraman who was killed in a Naxal attack in Chhattisgarh.

While Rs 10 lakh would be given as ex gratia by Doordarshan and Rs 5 lakh would be from the Journalist Welfare Fund of the Press Information Bureau, according to an official statement.

The Doordarshan Team was moving in Dantewada for pre-election coverage of the Chhattisgarh Assembly polls scheduled for next month, the statement said.

2018-10-30
Editor in chief
Previous: Congress MLA Krishna Chandra Sagaria will resign as member of Odisha Assembly
Next: Odisha government made an upward revision in the minimum daily wages