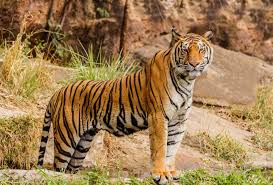 Bhubaneswar:29/10 /18:With all attempts to capture tigress Sundari still failing, Odisha government on Monday decided to deploy additional teams to tranquilise the big cat which has been branded as a man-eater by locals near Satkosia Tiger Reserve.

Forest and Environment Minister Bijayshree Routray informed that once captured, the tigress will be shifted to a well-protected environment at Nandankanan Zoo on the outskirts of Bhubaneswar.

“It appears that the tigress has become more cautious following the attempts of our teams to tranquilise it.

However, additional teams will be deployed to capture Sundari and subsequently it will be shifted to Nandankan,” said Routray.

Routray further stated that such decision has been taken keeping in view the several aspects including safety of people which cannot be overlooked completely.

“Our plans are to keep Sundari in the tiger safari in Nandankanan and we will notify NTCA officials in this regard. If they do not accept our proposal, we may consider sending back the tigress to Bandhavgarh Tiger Reserve in Madhya Pradesh from where it was brought as a part of the ambitious Tiger Translocation Programme,” Routray added.

2018-10-29
Editor in chief
Previous: Musical fountain and multimedia laser show conducted in the Bindusagar lake tingled the viewers
Next: Railway Recruitment Control Board has achieved a milestone of holding recruitment examination for over one crore candidates