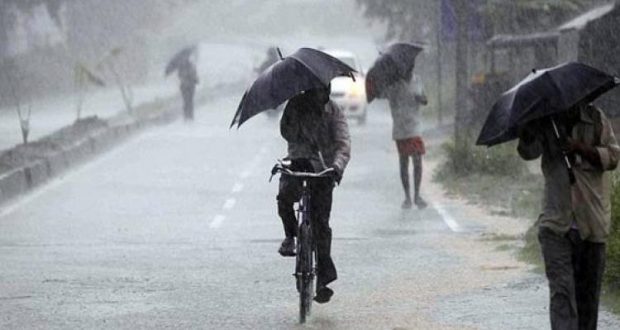 in State News October 28, 2018 Comments Off on Farmers in the coastal districts of Odisha are now a worried for heavy rain over influence of a cyclonic circulation 529 Views

Bhubaneswar:28/108/18:Farmers in the coastal districts of Odisha are now a worried lot as the India Meteorological Department (IMD) has predicted heavy rain over influence of a cyclonic circulation on west-central Bay of Bengal.

The fresh spell of rain is likely to pose a serious threat to standing crops in several hectares of agricultural land in seven coastal districts where the rains will have more impact.

In view of the heavy rain forecast, the Orissa University of Agriculture and Technology (OUAT) on Sunday released an advisory for farmers to take precautionary measures like sprinkling saline solution on the standing crops to prevent them from breaking down.

The agriculture department has also assured to provide adequate amount of pesticides and insecticides to farmers since there is also chance of pest attack on the crops after the rain.

“The crops might get affected only if it is in red-flowering stage or in case of high intensity rainfall. As there are chances of two kinds of pest attack during the warm phase after the rain, we have already started process to create awareness among farmers. Besides, pesticides will be provided to them through our farmer call centres,” said Agriculture Secretary Sourav Garg.

As per the Regional Meteorological Centre forecast, the cyclonic circulation will trigger rainfall in the coastal and interior parts of Odisha including Puri, Jagatsinghpur and Kendrapara from today.

Alert has also been issued for districts of Ganjam, Bhadrak, Balasore, Cuttack and Jajpur.

Joint Relief Commissioner, Pravat Ranjan Mohapatra informed that the concerned district collectors have been asked to remain alert in view of the heavy rain forecast.

2018-10-28
Editor in chief
Previous: Union Petroleum Minister said that farmers’ loans would be waived off once the BJP comes to power in Odisha
Next: Meeting of Bhubaneswar Town Official Language Implementation Committee (Undertakings) at NALCO