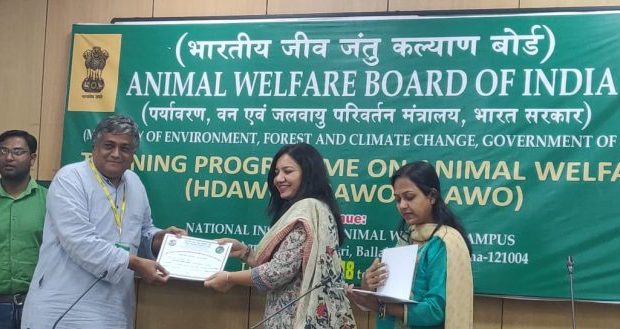 in State News October 27, 2018 Comments Off on Anil Dhir has nominated as the Honorary Officer for Odisha Animal Welfare Board 693 Views

Bhubaneswar:27/10 The Animal Welfare Board of India, a body under the Ministry of Environment, Forest & Climate Change, has nominated Anil Dhir as the Honorary State Welfare Officer for Odisha.

“The State body will soon get active and start interaction with various government agencies and the police for the proper implementation of the Prevention of Cruelty to Animals Act 1960. Odisha has a dismal record in ethical treatment for animals and the PCA Act is brazenly flouted at every level. The State has the highest extent of illegal cattle transportation, illegal slaughterhouses, poaching, man animal conflicts and trafficking in wildlife”, Dhir said.