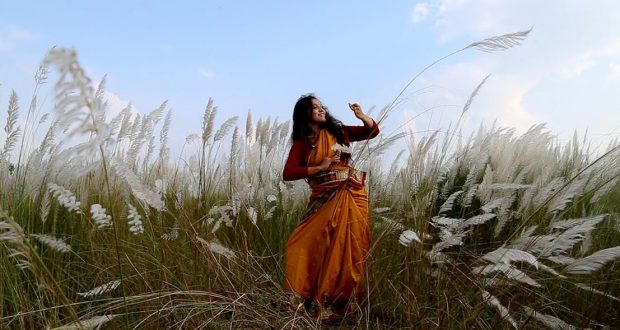 Bhubaneswar:26/10/18:Odia film “Khyanikaa – The Lost Idea” is now travelling to Mexico and will be screened at Festival Internacional de Cine con Medios Alternativos (FICMA) in Mexico between 21st and 24th November 2018.

This is an unique film festival featuring films made with unconventional and alternate media. Khyanikaa, made with a Canon 6D (DSLR camera) features as the only Asian film in the list of five feature films to be screened at the festival. Out of the other four films, two are from Mexico, one from Romania and one from USA

.Director’s views : This is a special festival as it celebrates films made with alternate media/gadgets. While the world expects such films to come from America and Europe because they are considered to be technologically superior to most other regions, our home-grown Odia film finds a place too. It is to be noted that, be it in terms of content or form, technology or experimentation, we aren’t far behind. I only hope that more and more independent films from India, and especially from states like Odisha, find their place in the international space where there’s clearly a domination of certain countries and ideologies.

The film has made its mark at 16 prestigious international film festivals across 8 countries. It was the only Odia film at the prestigious Indian Panorama section at 48th International Film Festival of India, Goa last year. The film was highly praised at festivals in Canada, UK, Russia and other countries. The film had also won an award at the 5th Noida International Film Festival earlier this year. The film also earned a lot of appreciations on its release in Bhubaneswar, though the release was limited to INOX only.

The film is a fantasy driven tale of two men, a poet and a painter, claiming possession over the same Idea, in a rural village portrayed as a wonderland. Idea is personified as a beautiful young lady, free of all bondage.The two men try to justify their claim over their Idea through their forms of art.

Unable to settle the conflict, the two men approach ‘Fate’, personified as a big fat man of authority, to judge their claims. They soon realize that Idea is no one’s possession and it isn’t wise to rely on ‘Fate’ for a judgement. They decide to bury their ‘Fate’, and settle the matter in peace. Idea, portrayed as a free spirit, gets impressed by a kid who resides in an alternate world of fantasy, and decides to venture into the new creative world.The real world, with all its materialistic obsessions, rigid notions and prejudices, loses the Idea forever.

The 89 mins long feature film produced under the independent banner of Swastik Arthouse and directed by Amartya Bhattacharyya features Amrita Chowdhury as Idea, Susant Misra and Swastik Choudhury as the aspiring painters and poets. Choudhury Bikash Das plays a mad man, while Hrushikesh Bhoi (Kansha in Dhanuyatra) plays ‘Fate’. Anu Choudhury appears as a guest performer. The film also involves some native villagers in its cast, who were trained to act on the location itself. The music is composed by Kisaloy Roy.

The film, being an independent film, is like a home-made piece of art where we haven’t even used a post-production studio. From color grading to sound mixing, everything was done by the director Amartya himself on his home desktop. The film was shot with a DSLR camera and without any industry resources or equipment. It has been shot in and around the peripheries of Bhubaneswar and Puri.

Contextually, the film is extremely relevant in the present day where people are obsessed about copyrights to possess their ideas. Only the expression of an Idea can be copyrighted, but an Idea is a free stream of consciousness.