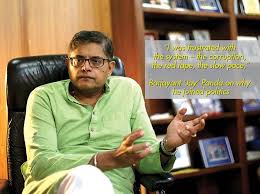 In a letter to the director of Bhubaneswar airport, the DGCA has observed that there was no violation of rules and regulations. After conducting a detailed investigation into the incident, DGCA clarified that there was no deviation in the filed flight plan timings and actual timings.

“Based on fact and evidence, it could not be established that the helicopter has flown dangerously below the assigned altitude or have landed at Chilika Lake on September 15, 2018,” the DGCA letter read.

Besides, the helicopter was airworthy and flight crew licences were current and have a reasonable experience on the type, the letter highlighted.

After the DGCA report came out, Jay Panda tweeted….