Top Headlines
Home » Sports » EKAMRA SPORTS LITERARY FESTIVAL will be held on November 2nd & 3rd, 2018 as a precursor to the Hockey World Cup 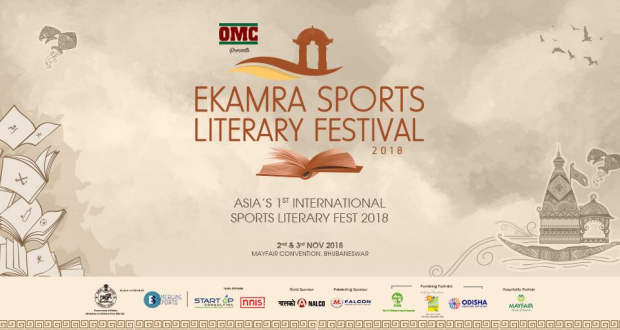 EKAMRA SPORTS LITERARY FESTIVAL will be held on November 2nd & 3rd, 2018 as a precursor to the Hockey World Cup

Bhubaneswar, 26/10/18: The mega event EKAMRA SPORTS LITERARY FESTIVAL, Asia’s largest and most prestigious Sports Literature Festival, will be held on November 2nd & 3rd, 2018 as a precursor to the Hockey World Cup being hosted in Bhubaneswar. The Chief Minister of Odisha, Naveen Patnaik, would inaugurate the Festival.

An initiative of Emerging Sports and the Department of Sports & Youth Services, Govt of Odisha, this high-powered conclave will include some of the biggest sports stars including athletes, players, and coaches, national and international sportswriters. The organizers would welcome sports fans from across the world to listen to over 30 top-notch celebrity speakers.

The sports literature festival is going to kick start on November 2 at Mayfair Lagoon in Bhubaneswar. Undoubtedly, India has never witnessed an event of this magnitude, which would not only create headlines but also pave the way for a new sporting philosophy and sports strategy to emerge.

During the two-day conclave, numerous national and international sportswriters, state government, authors, players and coaches will also be available for interaction.

Emerging Sports Founder Director Sundeep Misra, Author and eminent Sports Journalist, said, “The Sports Literary Festival phenomenon is a fairly recent one; but one whose time should have come much earlier. I have always dreamt of bringing together the finest minds in the world of sport and writing to Bhubaneswar to discuss their work, share their vision, hear diverse voices in a conducive and contemplative environment. And presently, I cannot think of any other city in India that combines the spirit of sportsmanship with the humanness of Odisha.”

Shri Chandra Sarathi Behera Hon’ble Minister of State (IC), Odisha Sports & Youth Services said, “Ekamra Sports Literary Festival 2018” marks a new chapter in the history of Odisha, during its period of progression towards being the Sports hub of the country. It is wonderful that such a prestigious event will be held as a run up to the Odisha Hockey Men’s World Cup Bhubaneswar 2018 as a joint initiative of the Sports Department with Emerging Sports. “Ekamra”, the ancient name of our capital city Bhubaneswar is reminiscent of our rich culture, tradition and heritage and reflects the glory which will emanate from this mega international event. I thank the entire team for thinking of such a grand initiative and convey my best wishes for its success.”

Emerging Sports, a company with domain expertise of managing sports related events, providing sports content to top Indian publications and TV channels is led by Sundeep Misra who has extensive Print, TV and Digital journalism experience. Founding Editor-in-Chief of Sports Illustrated, Time, Inc, New York, Sundeep has worked with leading publications like the Indian Express and India Today; He has also been the Sports Editor of Asian Age, News X and Sahara Samay TV. Author of two books — ‘Forgive Me Amma’ and ‘The Mohammed of Benares’, Sundeep has also edited the first Sports Anthology of the Country – ‘The Best of Indian Sports writing’. 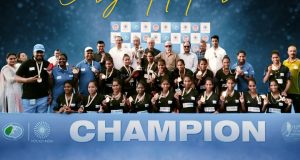 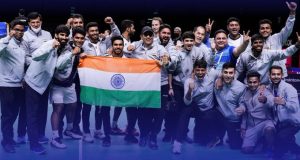