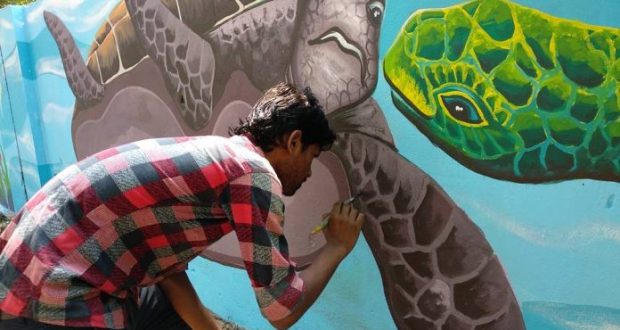 Bhubaneswar: 25/10/18:The white washed walls along some of the major stretches across the city are all set for a colourful look with mural paintings based on the World Cup Hockey.

The civic body has already identified a 40-km road network for work related to wall paintings, murals and street art. This was decided after a survey by BMC for carrying out the subject work to ascertain the feasible point where the work can be carried out. BMC has decided to adopt a two-stage process for award of work.

The themes of the various artists would, however, vary with the central theme revolving around hockey and Odisha’s contribution to the game.