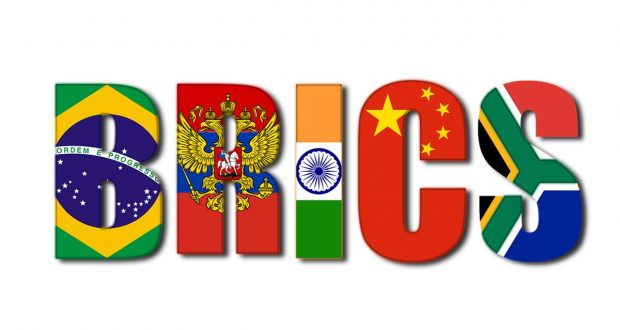 Newdelhi:24/10/18:The Union Cabinet chaired by the Prime Minister Shri Narendra Modi has given its ex-post facto approval for the Memorandum of Understanding (MoU) among Brazil, Russian Federation, India, China, South Africa, regarding Cooperation in the Social and Labour Sphere.The MoU was signed on 3rd August, 2018 during BRICS Labour and Employment Ministers (LEM) Meeting.

In the MoU, the parties including India have agreed to cooperate and hold mutual events in the prominent areas viz. labour legislation and enforcement, protection of workers’ rights with focus on vulnerable groups, Employment and labour market policies, Professional education, skills and training and Social protection. The member countries may utilize the BRICS Network of Labour Research Institutes and BRICS Social Security Cooperation Framework for cooperation on Social Security and other labour issues. The Memorandum is not an International Treaty and does not create rights and obligations for the parties governed by international law.

The MoU provides a mechanism for cooperation, collaboration and maximum synergy amongst BRICS member countries with the common objective of inclusive growth and shared prosperity in the newindustrial revolution. This would facilitate member countries to share knowledge and also implement joint programmes on .matter of Labour and Employment, Social Security and Social dialogue. This would also ensure networking of international Training Centre of International Labour Organisation (ILO) with the BRICS Network of Labour Institutes which includes V.V. Giri National Labour Institute of India. This network would specifically focus on the theme of youth employment and research on new forms of employment. This network will also explore new learning technologies, including virtual network to deepen cooperation, exchange of information and capacity building. The BRICS Social Security cooperation framework will deepen social security cooperation among BRICS nations and would facilitate cooperation for improvement of social security systems and social security agreements among member countries.

The 2ndmeeting of BRICS Employment Working Group was held on 30th July to 1st August 2018 and BRICS Labour and Employment Ministerial meeting took place from 2nd August, 2018 to 3rd August, 2018 under the South African Presidency in Durban, South Africa. The Draft MoU between BRICS countries regarding cooperation in the social and labour sphere was discussed, deliberated and finalized in the BRICS EWG meeting held between 30th July and 1st August 2018 and was signed by respective labour Ministers of BRICS member countries on 3rd August 2018. The provisions of the MoU clearly indicate its objectives as cooperation in thenature of successful sharing of policy measures; exchange programmes; consultations; expert meetings and conference etc. in the social and labour sphere.

2018-10-24
Editor in chief
Previous: Indian Government in discussions with Western Australia over direct flights
Next: Festive spirit has gripped various areas of the Odisha for week-long Laxim puja