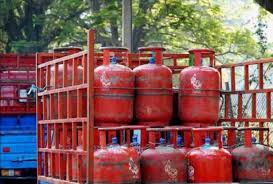 Bhubaneswar:22/10/18: The Odisha government on Monday urged the Centre to supply domestic LPG cylinders free of cost to people affected by cyclone Titli and subsequent flood in Gajapati, Ganjam and Rayagada districts.

“As you are aware, cyclone Titli and subsequent flood has severely affected lives and properties of the people of Odisha, particularly in the districts of Gajapati, Ganjam and Rayagada causing large-scale devastation. The cyclone effect has made the financial condition of people in these three districts very week who need immediate support for speedy recovery. The backbone of the poor people has completely shattered due to such natural calamities,” Patro wrote in the letter.

Patro said Chief Minister Naveen Patnaik has tried his level best to help poor people in every respect starting from providing gratuitous relief, houses as well as crop damage compensation due to cyclone and flood.