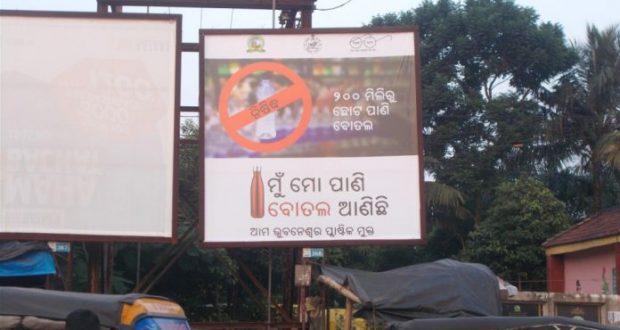 Bhubaneswar Municipal Corporation has initiated a campaign in Odia against plastic

in Smartcity Bhubaneswar October 22, 2018 Comments Off on Bhubaneswar Municipal Corporation has initiated a campaign in Odia against plastic 633 Views

Bhubaneswar:22/10/18 :The Bhubaneswar Municipal Corporation (BMC) has initiated a campaign in Odia against plastic by placing hoardings at prime locations of the city.

Two radio jingles are also aired through three FM stations to spread the message on the hazardous effect of the plastic use.

Soon a tableau will also roll out to intensify the campaign and advertisements in film theatres on restricted use of plastic and Swachha Survekshyan 2019 will be screened, for more and more citizen participation.

The campaign is aimed at making the Capital City free from plastic/polythene speaks about bringing own tiffin boxes, bottles and bags to minimise the burden of plastic on the earth as the non-biodegradable substances have created a threat for human and animal lives and the fertility of the soil is going down.

2018-10-22
Editor in chief
Previous: Extension of due date to 25th October, 2018 for furnishing return in the FORM GSTR-3B for the month of September, 2018
Next: Prevent possible epidemic outbreak in the flood-affected districts Health Department have stepped up preventive measures