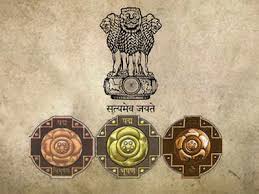 The Government has transformed the Padma Awards into a ‘People’s Awards’ in true sense. People are encouraged to nominate unsung heroes who deserve these top Civilian awards (Padma Vibhushan, Padma Bhushan and Padma Shri).

The nomination process for Padma Awards was made online in the year 2016; and a simple, accessible and secure online platform was put in place to encourage citizens to participate in large numbers.

The technological intervention that has made the nomination process accessible to the people at large and the emphasis of the Government to confer Padma Awards upon unsung heroes, who are doing selfless service to the nation, have resulted in a transformation.

The online nomination process for the Padma Awards to be announced on the occasion of Republic Day, 2019 commenced on 1st May 2018 and the last date for submission of nominations was September 15, 2018.

Nominations were invited from Central Ministries/Departments, States/UT Governments, Bharat Ratna and Padma Vibhushan awardees, Institutes of Excellence as also from several other sources to enable broad based consideration. All citizens can make nominations/recommendation including self-nomination.

2018-10-11
Editor in chief
Previous: PM addresses event to mark launch of the Centre for the Fourth Industrial Revolution
Next: Odisha Chief Minister has reviewed the situation after CycloneTitli made a landfall near Palasa