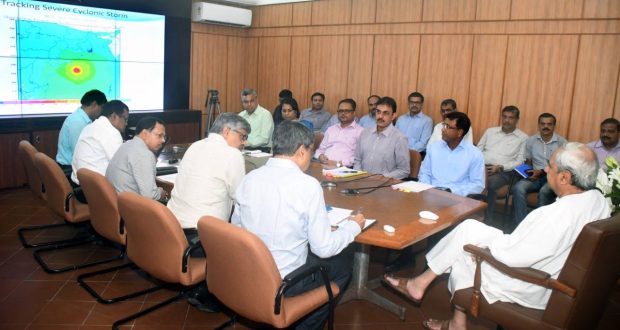 Bhubaneswar:108/10/18 :With the very severe cyclonic storm Titli approaching towards Odisha coast, the state government ordered closure of schools, colleges and other educational institutions in all districts for two days as a precautionary measure.

The state government has also cancelled the students’ union elections in colleges and universities across the state scheduled for today.

Chief Minister Shri Naveen Patnaik reviewed the preparedness for the cyclonic storm ‘Titli’ and ordered officials to ensure zero casualty. He also ordered all schools, colleges & anganwadis to remain shut for next two days. He has directed authorities to relocate people living in low lying areas to safer places in Ganjam, Puri, Khordha, Jagatsinghpur and Kendrapara districts. All official leaves have been cancelled while those who have already taken leaves have been asked to resume duty. All school teachers have been asked to remain present at schools. ODRAF, NDRF and Fire Services teams have been deployed in the affected districts.

“We will seek the help of Air Force if needed. The leaves of all officials have been cancelled and those went on leaves have been asked to join duty immediately, Padhi said.