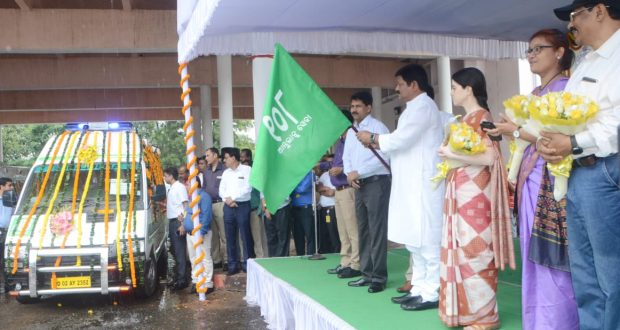 Bhubaneswar:10/10/18: Health & Family Welfare Minister Pratap Jena flagged off 42 108 ambulances under the Emergency Medical Ambulance Service at the OSRTC Campus near AG Square here on Wednesday. With this, the number of ambulances notched up to 512.

Reportedly, the ambulances are part of the 92 ambulances that the Chief Minister Naveen Patnaik dedicated to the people of the state. The state government has made a budget provision of Rs 90 crore for the additional ambulances.