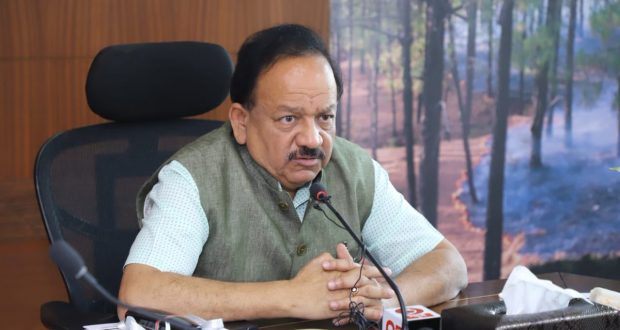 Newdelhi:10/10/18:Union Minister of Earth Sciences , Dr. Harsh Vardhan has taken an urgent review of the developing scenario of cyclonic storm ‘TITLI’ over the Bay of Bengal and another cyclonic storm ‘LUBAN’over the Arabian sea. The Union Minister took stock of all associated warnings issued to various state government authorities, coastal authorities and fishermen by the Indian Meteorological Department. 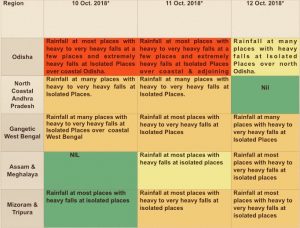 Cyclone ‘TITLI’ is expected to intensify further into a Severe Cyclonic Storm and cross east coast of India between Kalingapatnam (north Andhra Pradesh) and Gopalpur (south Odisha) in the morning of 11th October. Squally wind speed reaching 45-55 kmph gusting to 65 kmph is very likely to commence along & off along north Andhra Pradesh, Odisha and West Bengal coast from tonight. It is very likely to increase gradually becoming 100-110 kmph gusting to 125 kmph from 10th October evening onwards along & off south Odisha & adjoining districts of north Andhra Pradesh coasts.

Dr. Harsh Vardhan has directed all senior officials to closely monitor the developing situation and all precautions to be taken and necessary communications be done to ensure that the damage is minimal. The situation is currently being monitored at the highest level.