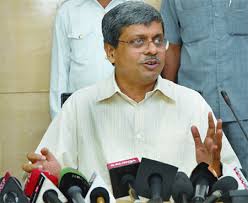 Bhubaneswar:9/10/18: In view of the Cyclonic Storm ‘Titli’, the Odisha government today ordered closure of all schools and colleges in four districts of the State till October 12.

The decision was taken after high-level meeting headed by Chief Secretary A P Padhi was held at State Secretariat this evening.

“Educational institutions in Puri, Jagatsinghpur,Ganjam and Gajapati will remain closed till October 12 as the cyclonic storm Titli will trigger heavy to very heavy rainfall in the coastal districts,” Padhi told reporters.

He further informed that decision for other districts will be taken after monitoring the situation tomorrow.

Meanwhile, the State government has already mobilised rescue personnel and relief material as the IMD has predicted the deep depression is intensifying into a severe cyclonic storm.

The cyclone, which is likely to make its landfall between Gopalpur in Odisha and Kalingapatnam in Andhra Pradesh around Thursday morning, may trigger heavy to very rainfall with winds gusting up to 125 kmph.