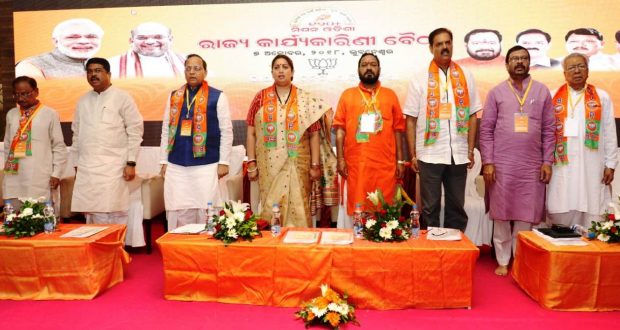 BJD government has deliberately decided not to implement the Ayushman Bharat Yojana:Smriti Irani

in Politics October 7, 2018 Comments Off on BJD government has deliberately decided not to implement the Ayushman Bharat Yojana:Smriti Irani 588 Views

Bhubaneswar:7/10/18: Senior leaders at the State BJP’s two-day extended executive meeting on Sunday took a pledge to overthrow the BJD government in Odisha in the ensuing Assembly elections scheduled next year.

“The Naveen Patnaik government has grossly failed in the development of the state and providing adequate safety and security to the women. About 60 percent of women in Odisha are subject to physical torture,” she said in her address to the meeting.

The Union minister also said that about 60 per cent women are suffering from anaemia in the state, and has a dubious record in malnutrition.

Taking a dig at the state government, she said the BJD government has deliberately decided not to implement the Ayushman Bharat Yojana due to vested political interests. 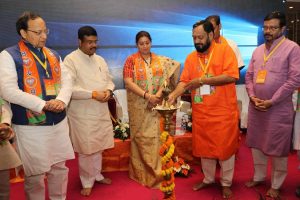 Talking about the hike in fuel prices, she said the Centre and the BJP-ruled states have reduced the excise duty and the Value Added Tax (VAT) respectively for the benefit of the consumers. But the Odisha government is yet to take any step in this regard.

Referring to the ensuing Assembly and Lok Sabha elections, Irani said the BJP has taken a pledge to dethrone the Naveen Patnaik government in Odisha with its 120 Plus mission.