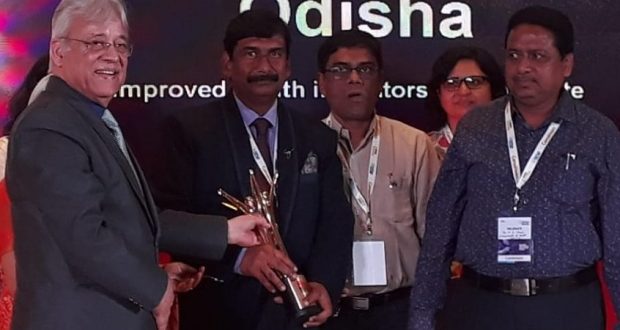 New Delhi:7/10/18: Odisha’s improved healthcare service has recognised yet again through another accolade of honour as the state has bagged the award for improved health indices.

The award was presented at Express Healthcare Sabha at New Delhi on Saturday.

While many states like Kerala, Jharkhand, Tamil Nadu and Assam received awards for outstanding performance in the healthcare sector, Odisha bagged the award in special recognition of remarkable achievements for improved health indices.

Among others, former secretary to union health and family welfare ministry Sujata Rao and senior officials of the health department from Tamil Nadu, Jharkhand and Gujarat were present.

Healthcare director of Odisha attended the function in New Delhi and received the award.

2018-10-07
Editor in chief
Previous: Pune Half Marathon concludes in style
Next: BJD government has deliberately decided not to implement the Ayushman Bharat Yojana:Smriti Irani