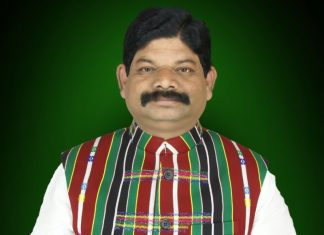 This was announced during the JMM’s Central Committee meeting held at Ranchi this afternoon. Once the tribal face of BJD in Mayurbhanj, he joined the JMM in the presence of president Shibu Soren, leader of opposition in Jharkhand assembly Hemant Soren and other senior leaders.

On Saturday, resigned had informed about his resignation in a letter to the BJD president and Chief Minister Naveen Patnaik without mentioning the reason.

It may be mentioned that Tudu was denied a party ticket in the last Lok Sabha elections in 2014 as the party leadership preferred the sitting MLA Ramchandra Hansda.

Tudu had won the Lok Sabha polls from Mayurbhanj in 2009 on a BJD ticket.

2018-10-07
Editor in chief
Previous: BJD government has deliberately decided not to implement the Ayushman Bharat Yojana:Smriti Irani
Next: Heavy rainfall is on the cards from October 11 in coastal Odisha.