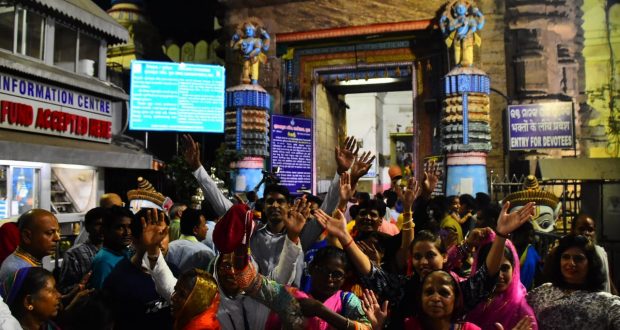 Hindu devotees from Pakistan visited the Srimandir in Puri

in District Diary October 6, 2018 Comments Off on Hindu devotees from Pakistan visited the Srimandir in Puri 761 Views

Puri:6/10/18: Regardless of the territorial dispute between India and Pakistan, Hindu devotees from the neighbouring country visited the Srimandir in Puri for darshan of the Trinity Gods.

Around 126 Pakistan nationals paid obeisance to deities in Srimandir yesterday. The Pakistani pilgrims are on a trip to visit several Hindu temples in India.

Their visit to the ancient shrines in India, clearly indicates that the ongoing tension between both the countries have no impact on religions and amongst the people.

According to reports, the PTI government led by Prime Minister Imran Khan has also provided security to the Jagannath Temple in Pakistan