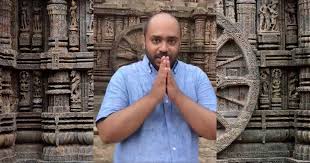 New Delhi:4 /108/18:The Supreme Court on Thursday turned down the bail of journalist Abhijit Iyer Mitra, who was arrested on September 20 for his derogatory remarks on Twitter about Odisha and the world famous Konark Sun Temple.

A bench led by Chief Justice of India Ranjan Gogoi dismissed his bail petition, saying his remarks about the temple had incited communal disharmony amongst citizen.

Meanwhile, when Mitra’s counsel said his life was in danger, the apex court said that prison would be the safest place for him and there is no need of protection.

Notbaly, Iyer-Mitra had come to Odisha on September 15, apparently at the invitation of former MP Baijayant Panda. After touring Puri, Konark and Chilika, he allegedly posted derogatory remarks on social media insulting the state, its culture and tradition and the lawmakers.

2018-10-04
Editor in chief
Previous: 100 locations will become Wi-Fi enabled in Bhubaneswar Smart City
Next: Primary teachers called off their strike after the State government accepted two of their demands