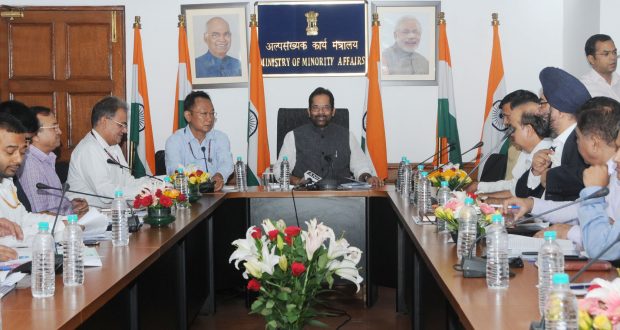 . Whereas, in 2018, a total of Rs 973 crore were paid to airlines for 1,28,702 Haj pilgrims, going through Haj Committee of India. It means, Rs 57 crore less was paid to airlines this year even after ending the Haj subsidy.Shri Naqvi said that Haj 2018 was successful. For the first time after the Independence, a record number of 1,75,025 Muslims from India performed Haj this year and that too without any subsidy.The Minister said that last year, the Ministry of Minority Affairs, in cooperation with Saudi Arabia Haj Consulate, Haj Committee of India and other concerned agencies, had completed preparations for Haj 2018 about 2 months before schedule to ensure smooth Haj pilgrimage. This time, preparations for Haj 2019 are started 3 months before schedule.Shri Naqvi thanked the Saudi Arabia Government and other concerned agencies in India for successful and smooth Haj 2018.He said that safety and better facilities, medical facilities for the pilgrims is the priority of the Government and there will be no lackadaisical approach on the matter.In the meeting, several issues were discussed regarding Haj 2019 such as Haj application process, accommodation, transport and medical facilities for pilgrims etc