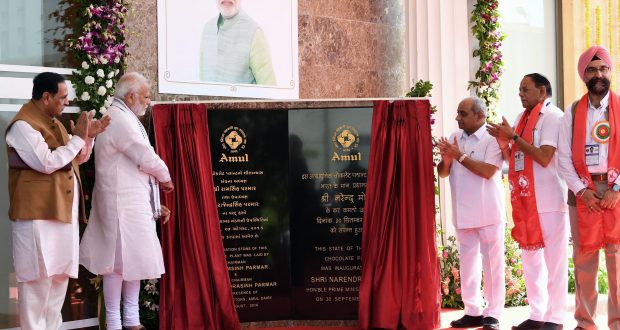 Anand:30/9/18:The Prime Minister, Shri Narendra Modi, inaugurated modern food processing facilities, including Amul’s ultra-modern Chocolate Plant, at Anand today. He also visited the chocolate plant and was briefed on the various technologies used, and products being made there.

Speaking on the occasion, he thanked the people of Anand for turning out in such large numbers.

He said the development projects being inaugurated today augur well for the cooperative sector. He said the brand of Amul is known globally, and has become an inspiration worldwide. He said Amul is not only about milk processing, but an excellent model of empowerment. The Prime Minister said that through cooperatives, Sardar Patel showed a way where neither Government nor industrialists call the shots. He said it is a unique model, where the people matter. He said endeavours in the cooperative sector in Gujarat have helped the people, especially the farmers. He also recalled Sardar Patel’s emphasis on urban development.

Referring to India’s 75th anniversary of independence in 2022, the Prime Minister said India is doing well in milk processing but can do even better. He said the time has come to give importance to innovation and value addition. In this context he also spoke of the production of honey. 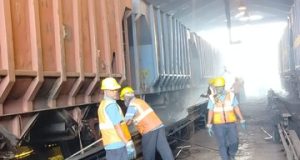 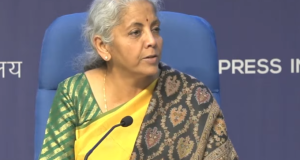