Top Headlines
Home » National » 100 MPs from all over the country have contributed Rs. 43.66 crore for flood relief &rehabilitation works in Kerala 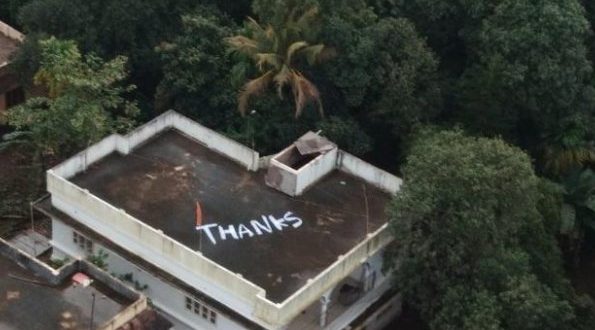 100 MPs from all over the country have contributed Rs. 43.66 crore for flood relief &rehabilitation works in Kerala

in National September 28, 2018 Comments Off on 100 MPs from all over the country have contributed Rs. 43.66 crore for flood relief &rehabilitation works in Kerala 539 Views

Newdelhi:28/9o/18:Members of Parliament Local Area Development Scheme (MPLADS) has provision for MPs to contribute funds for rehabilitation and reconstruction works in the areas affected by severe calamity. Once the heavy rain and flood situation of Kerala in August 2018 was declared by Ministry of Home Affairs as severe in nature, an appeal to all Members of Parliament was issued on 24th August 2018 by Minister of Statistics Programme Implementation, Shri D. V. Sadananda Gowda, to contribute from their MPLADS fund for rehabilitation works in affected areas of Kerala.

As per new guidelines, the rehabilitation works under MPLADS can be approved by Chief Secretary, Kerala in the flood affected areas / districts. The State Nodal Department overseeing the MPLAD scheme would maintain Report on work list, amount spent, etc. A separate Bank Account has been already opened by Government of Kerala to receive this amount.

2018-09-28
Editor in chief
Previous: Odisha government refused to make public the secret ritual of “Brahma Paribartan”
Next: Two MoU’s signed between India and Uzbekistan on infrastructure and capacity building in ICT sector