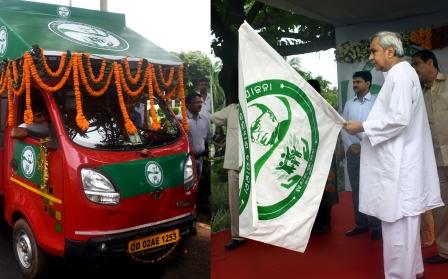 The specially-equipped vehicles which were launched from the premises of the secretariat here will travel all the 30 districts and spread awareness about the universal health coverage scheme.

In the first phase, the vehicles will travel 10 districts—Ganjam, Khurda, Sambalpur, Sundargarh, Kalahandi, Mayurbhanj, Keonjhar, Koraput, Cuttack and Bolangir. The awareness campaign will be extended to the remaining districts in the next phase.

Speaking on the occasion, health and family welfare minister Pratap Jena said, “The awareness vehicles will provide all type of information relating to the health scheme to the people. The members of the district-level, block-level and urban-level folk artists’ associations will create awareness about the scheme through cultural programmes in local dialects.”

The BSKY has been rolled out in the state from August 15. The health programme aims at universal health coverage and will provide annual cashless health coverage of Rs 5 lakh per beneficiary family. Around 3.5 crore people from over 70 lakh families in the state will be benefited by the scheme.

2018-09-27
Editor in chief
Previous: Water Storage Level of 91 Major Reservoirs of the country goes up by Two Percent
Next: Kalahandi Dialogue- will try to project the path of progress of the district