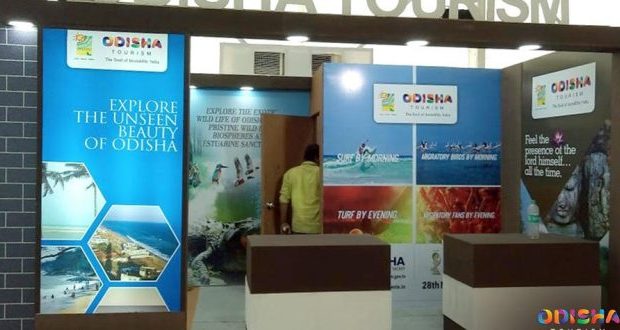 Bhubaneswar:26/9/18: Odisha Tourism continues to bolster its efforts to attract visitors by participating in the Federation of Hotel & Restaurant Associations of India (FHRAI) 53rd Annual Convention held at Lucknow.

The event was inaugurated by UP Chief Minister Yogi Adityanath with the theme of the event being “Spiritual & Wellness Tourism”.

Odisha Tourism is further celebrating its association of being a host partner of the Odisha Hockey Men’s World Cup Bhubaneswar 2018 as part of which the stalls were graced with Odisha Tourism’s world cup campaign ‘Odisha by Morning, Hockey by Evening.’

Tourism secretary Vishal Dev said, “This year is a marquee year for Odisha Tourism as we celebrate being the host partner of the Odisha Hockey Men’s World Cup Bhubaneswar 2018. We are in true essence pushing the agenda of Sports Tourism in the country by coming up with campaigns such as ‘Odisha by Morning, Hockey by Evening’ which is being lauded both nationally and internationally.”