Top Headlines
Home » National » Aadhaar will not be needed for opening bank accounts, admissions in schools or for getting mobile phone connections 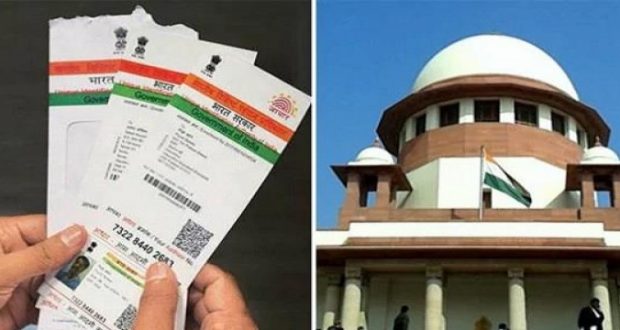 Aadhaar will not be needed for opening bank accounts, admissions in schools or for getting mobile phone connections

in National September 26, 2018 Comments Off on Aadhaar will not be needed for opening bank accounts, admissions in schools or for getting mobile phone connections 573 Views

New Delhi:26/9/18: The Supreme Court on Wednesday upheld the validity of the Aadhaar document but with modifications holding that the unique identity number will not be needed for opening bank accounts, admissions in schools or for getting mobile phone connections.

A five-member bench of the apex court headed by Chief Justice Dipak Misra struck down Section 57 of the Aadhaar Act which allows private entities to demand Aadhaar to access their services.

The court also said that as of today “we do not find anything in Aadhaar Act which violates right to privacy of individual citizen”.

The judgement, read out by Justice A.K. Sikri on behalf of the bench, also struck down the provision in Aadhaar law allowing the sharing of Aadhaar data, citing grounds of national security.

The judges who gave majority ruling were A.M. Khanwilkar, Ashok Bhushan, Misra and Sikri who approved the provision of money bill.

“We are of the view that there are sufficient safeguard to protect data collected under Aadhaar scheme,” the judgement said.

In a separate judgement, Justice D.Y. Chandrachud said the Aadhaar Act cannot be treated as money bill. Passing a legislation which was not money bill as money bill was a fraud on the Constitution.

He also observed there was a risk of surveillance of people on the basis of data collected under Aadhaar scheme and that the data could be misused.

The majority of the bench held that Aadhaar was valid for linking with Income Tax returns.

The verdict said that it was better to be unique than the best because being the “best makes you number one, but being unique makes you the only one.