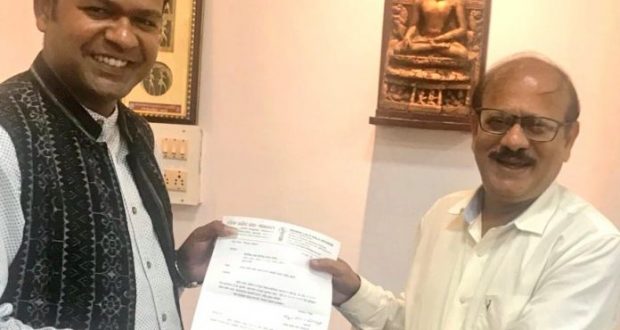 Bhubaneswar:25/9/16: Opportunity and promotion are the two mantras that internationally-acclaimed sand artist Sudarsan Pattnaik plans to sculpt his tenure around as president of Odisha Lalit Kala Akademi.He assumed charge of the office on Monday.

Sudarsan rued lack of research and study on Odisha’s art forms and felt the need for more seminars to understand their intricacies and beauty. “The highest state award for – Drahamparada – has not been conferred on artists par excellence for so many years. I want to regularise it and confer it on veteran artists. If need be, we will go to the court to sort out the things,” he said.

The Akademi had instituted the award in 1987. However, it ran into controversies in 2008. The matter went to the court. After five years, an executive meeting of the Akademi in 2013 decided to re-institute the award from 2009 retrospectively. But this decision could not be translated into action due to several unspecified reasons. Now, the matter is sub-judice.

2018-09-25
Editor in chief
Previous: Medicine shops across Odisha will remain closed on September 28 protest against online sale of medicines
Next: Indian hockey team has shot for an episode for the quiz show “Kaun Banega Crorepati”