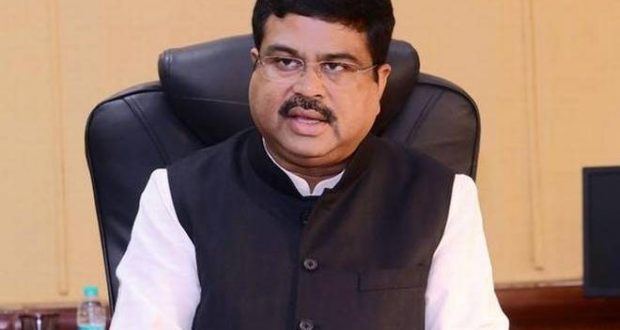 Bhubaneswar:20/9/18: A day after Union Minister Dharmendra Pradhan hinted at a ‘viable alternative’ to BJD and Congress by uniting other smaller parties ahead of the 2019 elections, speculations are now rife over the new political equation in Odisha.

“BJP will unite all political parties against BJD and Congress and we will be successful,” Pradhan said at Puri yesterday.

Though Pradhan did not open his cards, such statements have created some ripples.

“As little drops make the mighty ocean, we will gain more success if we unite all against the common enemy,” said BJP leader, KV Singh Deo.

Questions are also doing rounds regarding what has forced the BJP to opt for such strategy at a time when the saffron party is eyeing 120 plus seats in upcoming elections in Odisha. Moreover, which are the smaller parties that BJP will turn to and whether such parties will go for an alliance with the saffron brigade are also million dollar questions in the present context.

Whether Dharmendra Pradhan’s statement was a tactical move to mislead or he has made plans to form some new parties ahead of the upcoming elections in Odisha is still unclear.

However, Pradhan’s remarks assume some relevance keeping in view the new political equations emerging from the recent turn of events – especially expulsion of Biju Patnaik’s followers, particularly the ouster of senior BJD leader Damodar Rout and others from the ruling BJD.

However, it is almost certain that the left parties will not go with BJP while it may plan to induct several disgruntled leaders of BJD into its fold.

Utkal Bharat President, Kharavel Swain stated that “He (Dharmendra Pradhan) might be indicating towards the disgruntled lot in BJD.”

“BJP is claiming to forge a new alliance. But they should clarify who will be their alliance partners and who is with BJP,” CPI leader Ramkrushna Panda said.

Congress leader Tara Prasad Bahinipati on the other claimed that the Union Minister’s dream will never come true.

“He (Dharmendra Pradhan) first should clarify with whom BtJP will forge an alliance. But it will certainly not have any impact on BJD,” said BJD’s Sameer Dash.

2018-09-20
Editor in chief
Previous: Odisha Chief Minister review meeting at the secretariat in the wake of possible cyclone
Next: Cyclonic storm “DAYE” over northwest Bay of Bengal moved west-northwestward with a speed of about 23 kmph and crossed south Odisha