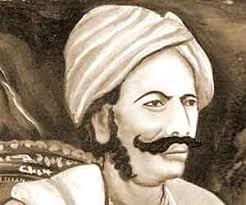 Prime Minister Narendra Modi will inaugurate the airport on September 22.

Earlier, the Civil Aviation Ministry in July had denied naming the airport after the freedom fighter citing the absence of a state assembly resolution on this.

He also suggested that one of the Air India flights from Bhubaneswar to Delhi may be routed through Jharsuguda.

Meanwhile, a meeting was held under the chairmanship of chief secretary A.P. Padhi for the smooth visit of the Prime Minister, who will inaugurate the airport and lay the foundation stone for Talcher fertilizer plant.

2018-09-19
Editor in chief
Previous: Three odia players have been named for the upcoming 8th Sultan of Johor Cup
Next: George Tirkey and five members of the Mahanadi Banchao Andolan has officially joined Congress