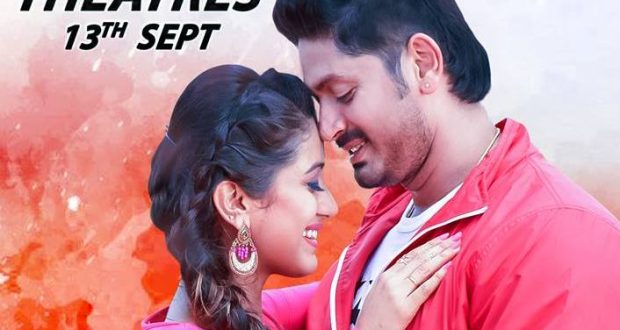 What’s the story : Arindam stars as Raja whose ambition is to became stunt Master.. He wanders aimlessly, at least that’s what his father (Ajit Das) thinks. One day, his family finds a picture of Ashu(Elina) in his pocket and concludes that maybe the two are in love. They bump into her on couple of occasions and leave her amused. Meanwhile, Ashu’s brother Muna (Bobby Mishra) harbours political ambitions and as a trade off agrees to a marriage involving his sister and Sports and Culture Minister’s (Samaresh) brother Ronak. When Muna suspects that Ashu might be involved in a relationship with Raja, he creates problems for his family and often threatens him to back off. Only problem is, Raja doesn’t know why he’s doing that and who Ashu is. How this issue spirals into a huge problem for Raja & his family and how he solves it forms the rest of the story

What is Good : Love stories have been done to death especially in terms of the chronology of events. We know that mostly such stories tend to have a happy ending, so the only differentiating factor is the journey towards that end. Isque Puni thare  takes a different route and instead of a boy-meets-girl-and-problems sequence, the film puts forth the problem first before love happens. It’s perhaps the only differentiating factor of the film and helps in the narration

What is bad: Although there’s nothing particularly bad about the film, the placement of songs is a little awkward. At times, the songs hamper the mood of the film and the fact that there’s hardly any lead up to some of the songs makes them look forced upon. Towards the second half of the film, it becomes quite predictable after a decent start.

Technical Departments : R. Bhagat Singh cinematography is good. The focus is on story for most part instead of enhancing someone’s glamour or bravado. The film has been shot using RED cameras and the final output is quite pleasant on the eyes. Premananda  music hits the right chords.   editing is neat.

Bottomline :”Ishq Punithare” is a decent entertainer which traverses through love, action, sentiment and comedy. It’s predictable for most part but then a good effort on the whole. On a whole, the dialogues were good at few places, second half got dragged a bit, this could be trimmed.  The production values were good and few scenes had rich presentation. Overall, this is a film that will appeal for B, C center audience provided they watch with no big expectations.